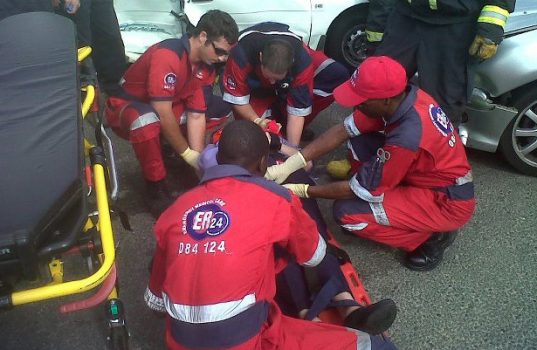 A man was left seriously injured this afternoon after he sustained a gunshot wound during an apparent hijacking on Steyn Street in Ivory Park, Johannesburg.

ER24 paramedics arrived on the scene and found the man lying on the side of the road surrounded by a number of security members.

On assessment, paramedics found that the man had sustained a gunshot wound to his abdomen, leaving him in a serious condition.

Paramedics treated the man and immediately rushed him to Busamed Private Hospital for urgent treatment.

It is believed that the man had been approached by an unknown number of men when one of them shot the patient.

Local authorities were on scene for further investigations.