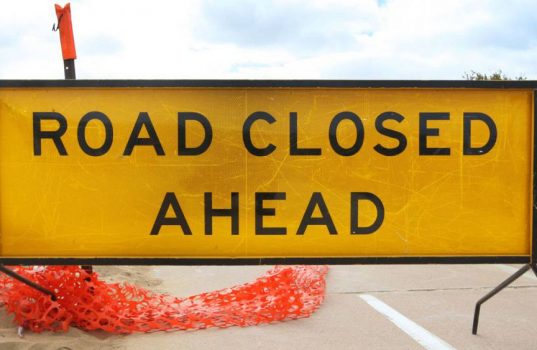 Parking will be restricted in Church Street from about 5 am.

The metered taxi stopping area situated in the area of Church Street from the New Taxi Rank exit up to the entrance into Freedom Square be will be restricted to accommodate the media vehicles.

The metered taxi stopping area situated in Old Market Street outside the Bessie Head Library will also be restricted to accommodate police vehicles.

In order to ensure that business and the public at large is not highly disturbed in their daily movement within the City, Msunduzi Municipality said road closures will commence after the morning peak hour which is about 8.30 am.

There will be a soft closure at Church Str/Boshoff Street where minibus taxis, metered taxis and private vehicles will be allowed to go through to access the taxi rank or the businesses by including S.A. Building for Municipal services.

Church/New Taxi Rank exit, there will be another soft closure with blue and white traffic cones where all vehicles would be screened before they can proceed towards the High Court.

Church Str/Old Market Str will also have a hard closure with speed fence to cordon-off the area to keep it as a sterile area.

Traffic will be able to move from Langalibalele Str. to Church Str. and turn left into Church Str. either turn right into Otto Str or proceed up towards Chief Albert Luthuli Str by City Hall.

Traffic will also be able to move down from City Hall side along Church Street, either turn left into Otto Street or turn right into Old Market Str towards Langalibalele Str.

Traffic Police will be available to do general patrols around the City to ensure that traffic flow continue without any disturbance or congestion.

There will be a march from Dale’s Park Sports Field which will commence at 8.30 am and finish off at Freedom Square by the latest 9.30 am.

The route of the march will be as follows –

They will proceed along West Str. and turn left into Langalibalele Str.

From this point, they will proceed along Langalibalele Str. until they turn left into Old Market Str.

They will then proceed on Old Market Street, turn right into Church and finally turn right into Freedom Square entrance where they will gather until they get addressed by the former President after his High Court appearance.

All buses that will be transporting supporters to outside the High Court be will be directed to Dale’s Park Sports Field where they would remain until the gathering is over where they would be escorted to Langalibalele Str. Outside Natalia to load supported.

*That is the Traffic Management plan by Msunduzi Traffic Police Department