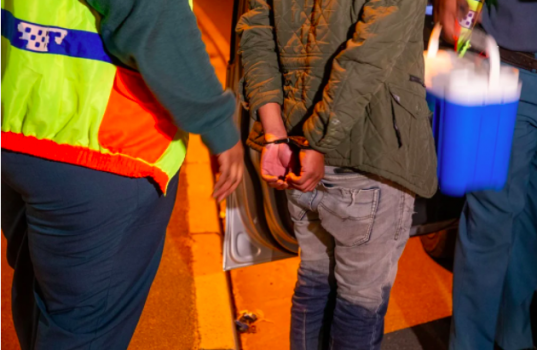 The Provincial Commissioner of police in Gauteng, Lieutenant General Elias Mawela is concerned about the number of motorists who continue to drive while under the influence of alcohol in the province. This comes after General Mawela and MEC for Community Safety in the province Ms. Faith Mazibuko, led the weekend O Kae Molao Operation on Saturday night 17 October 2020 in Ennerdale, where 27 people were arrested for drunk and driving.

“These drunk drivers are not only a danger to themselves but a danger to society as some of them carry passengers and some cause accidents where other road users are affected.” These were the words from the Provincial Commissioner after one of the arrested suspects was found driving more than 13 passengers, including children, in a minibus taxi.

Similar operations were conducted in other districts that resulted in the arrest of more than 90 other drunk drivers. An off-duty police officer came across an incident in Braamfischerville, Soweto, where a person was knocked by a car. He stopped to assist and found that the driver was under the influence of alcohol. He took him to the nearest police station and charged him with drunk and driving, as well as reckless and negligent driving.

Also of concern, has been the numbers of young people who continue to recklessly partake in parties that runway beyond the regulated time, with complete disregard for COVID-19 health protocols such as observing social distance and wearing of face masks. The MEC, Provincial Commissioner and their entourage had to deal with more than 50 youth found partying in Finetown way past the midnight curfew.

Drinking in public has also become a problem that police are dealing with. Several people were arrested after they were found drinking in the streets.

Furthermore, O Kae Molao Operations that were conducted throughout the province saw more than 1150 suspects arrested for serious and violent crimes.

Police in Tshwane arrested more than 380 suspects, while 353 were arrested in Ekurhuleni, 180 in the West Rand, 187 in Johannesburg and 64 in Sedibeng.

The arrested suspects will appear in various magistrates’ court in due course.