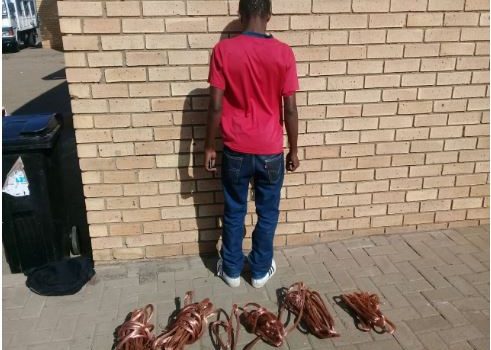 The police in Kuruman have arrested a 28-year-old man this morning in connection with the possession of suspected stolen copper cables.

The police received information that there is a man with copper cables in Kuruman and intend selling at a metal scrap yard. Police reacted swiftly and the suspect was arrested.

The recovered copper cables are weighing approximately 50 kg and are estimated at thousands of rands.

Investigations will uncover where the copper cables were stolen.

The Station Commander of Kuruman has applauded the community information which led to the arrest of the suspect and the recovery of the stolen copper cables.

The suspect is expected to appear before the Kuruman Magistrates’ Court soon.