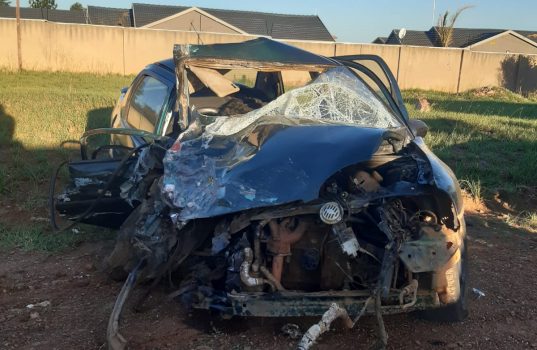 One man was killed, and an elderly couple left injured following a head-on collision on the R82 near Roshnee, Saterday afternoon.

ER24 paramedics arrived on the scene to find both vehicles on the side of the road. Both cars had sustained a large amount of damage in the collision.

On closer inspection, medics found the body of a man inside his vehicle. Unfortunately, the man had already succumbed to his injuries and was later declared dead by the Provincial EMS.

In the second vehicle, medics found an elderly man and woman, both having sustained moderate injuries.

The patients were treated and thereafter transported to nearby hospitals for further care.

The details surrounding this incident are not yet known, but local authorities were on the scene for further investigations.